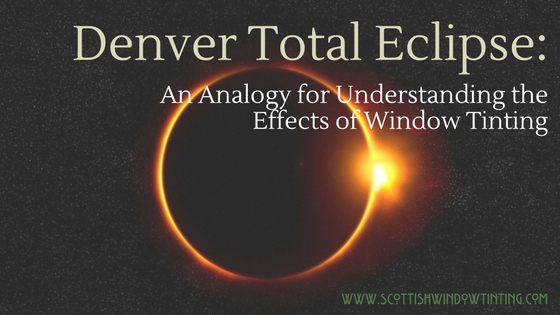 The Denver Solar Eclipse: An Analogy for Understanding the Effects of Window Tinting

The Great American Eclipse was all that anyone in Denver could talk about for days. Colorado was expected to have 92% visibility of the eclipse. As the moon crossed the sun, it was expected that day would suddenly plunge into night as the sky became entirely dark except for a fine halo of the sun. But when the eclipse arrived, many were surprised at the actual events that transpired. For those of us at Scottish Window Tinting, the eclipse reminded us quite a bit of the effects of window film here in Denver.

What Actually Happened on Eclipse Day

If you were in Denver on the day of August 21st, 2017, you likely were standing outside at 10:30 am with your highly revered, hard-to-come-by, solar eclipse glasses, expecting to witness something spectacular. The eclipse was, after all, a once in a lifetime event and therefore was something not to be missed out on. But if you were like us, you were probably slightly disappointed with the actual events that transpired. 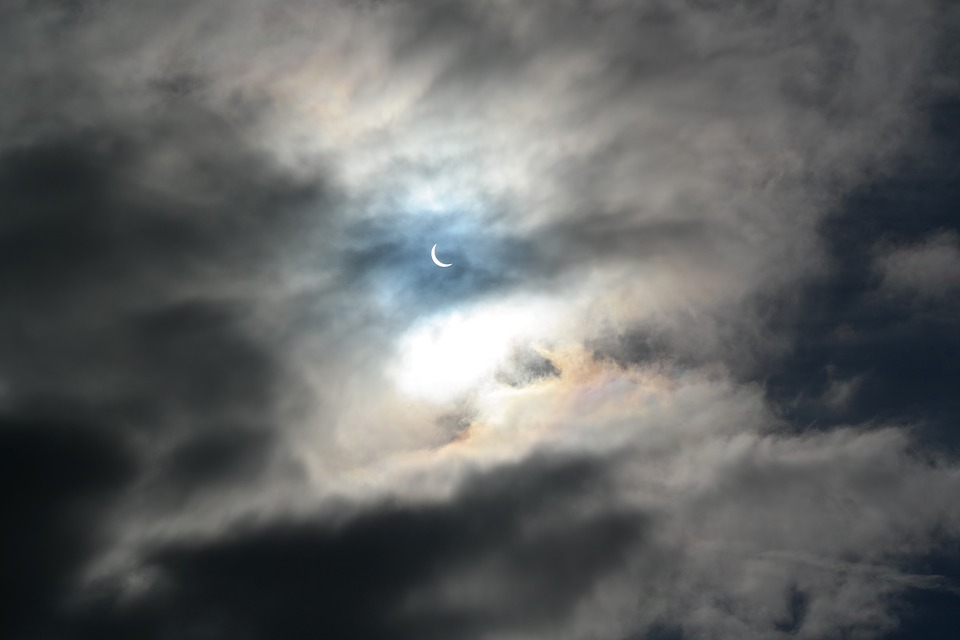 Instead of being plunged into darkness, the sky became a slightly gray, hazy color. Since the eclipse was only partially visible in Denver, it didn’t produce quite the extravaganza that many of us expected. But for owner of Scottish Window Tinting, Martin Faith, the event was a reminder of the effects of window film on one’s home. 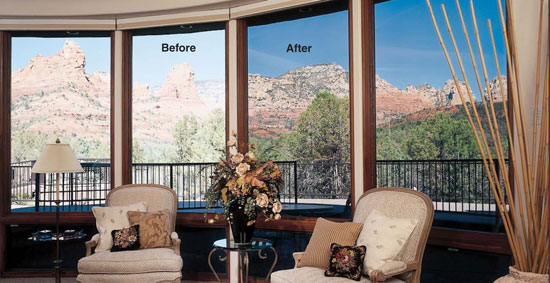 Window film is spectrally selective, meaning that it only blocks out certain frequencies of light. While uv rays and infrared heat are thwarted, visible light passes freely through the film. This effect allows your home to stay bright and sunny while providing you all the great benefits that window film offers like energy savings and uv protection.

If you find that you’re still unsure about having your home windows tinted, you can see it in action for yourself. At Scottish Window Tinting, we offer free home consultations for every window film install. One of our staff members will come out to your home and show you what different types of film will look like in your home before you even have it installed. Call us today to schedule an appointment or get more information.