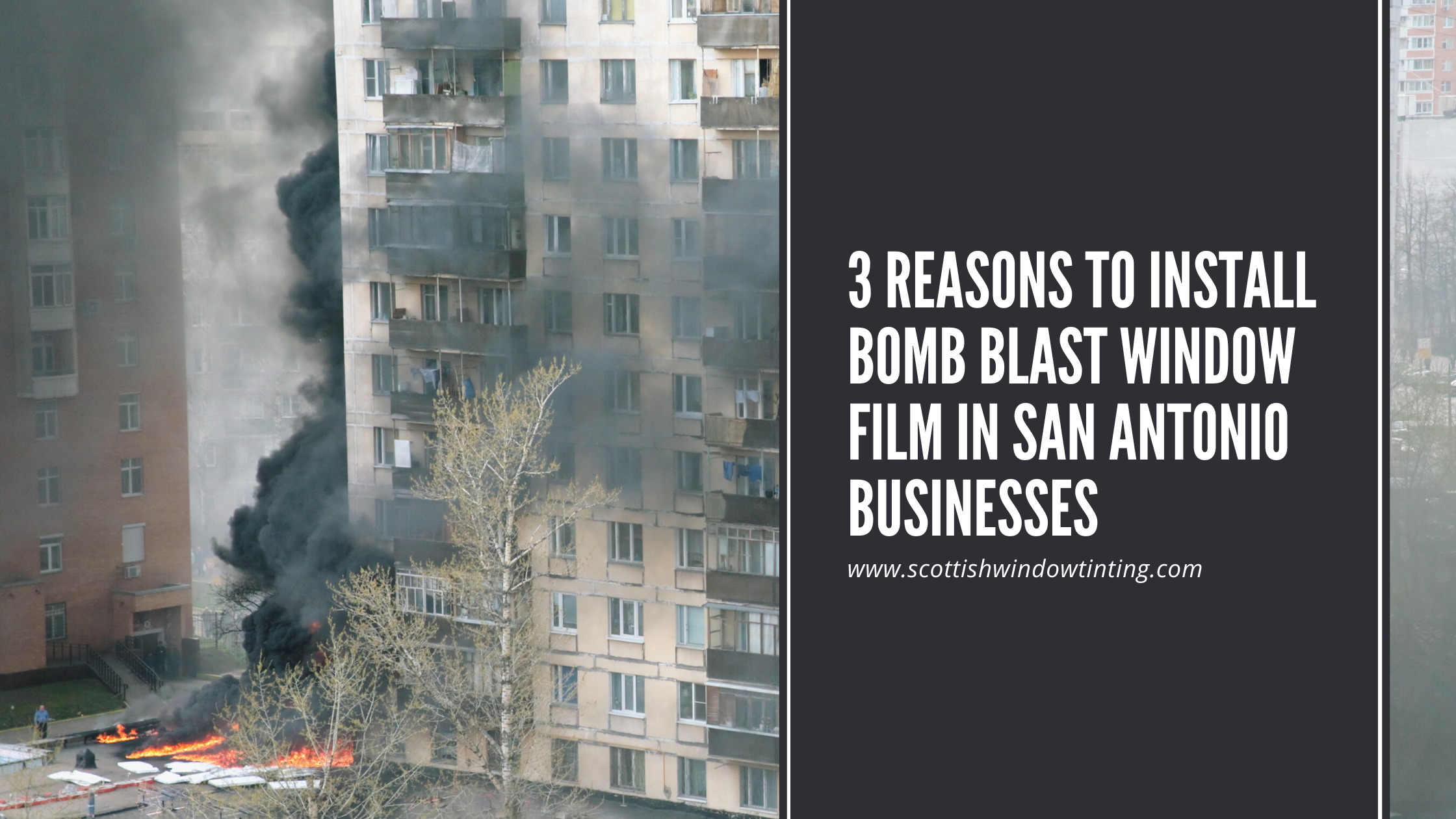 As a business, protecting your bottom line is always your first priority. That’s why it’s critical to invest in the right security solutions for your property. If anything bad happens to your merchandise or employees, you could end up experiencing a serious financial loss and you also risk ruining your reputation.

That’s why more and more business owners in San Antonio are turning to solutions like bomb blast window film. Bomb blast window film is one of the strongest and most durable security window systems available today. It provides reliable protection for vulnerable areas like window displays, entrances, and glass walls. And in the face of a real emergency – like a public shooting, break-in, or severe weather – you can count on it to keep your property safe.

In this article, we’ll discuss the reasons businesses should consider bomb blast window film and why it’s a worthwhile investment.

Before we dive into how bomb blast window film works, it’s important to understand why glass breaks so easily in the first place. Glass, by nature, is a brittle material. This means that it shatters much more easily than a more sturdy substance like metal. Metal is also more flexible. Additionally, glass naturally contains impurities that make it prone to shattering. This is why when a window is struck hard object, it breaks almost instantly.

For more information on how it works, check out this brochure: bomb-blast-window-film-san-antonio-businesses

Reasons to Invest in Bomb Blast Window Film in 2020

This past year has shown us that any situation can go from bad to worse very quickly. Now more than ever, having good security for is incredibly important for businesses. If you’re looking to improve your building’s current security system, bomb blast window film is definitely an option your San Antonio business should consider. Here’s three reasons why.

Riots and protests have been resulting in increased violence across the country for months.

If you’re like many other businesses, you probably have reduced hours or less staff on premises due to Covid-19. Bomb blast window film can protect your building while it’s empty or temporarily closed.

Climate change is getting worse, which means the weather will become more extreme in the future. Bomb blast window film can keep your building safe in the event of a natural disaster.

Experience the Benefits of Bomb Blast Window Film for Yourself

Protect the future of your business by investing in the right security system. Call Scottish Window Tinting today to order bomb blast window film for your San Antonio property.