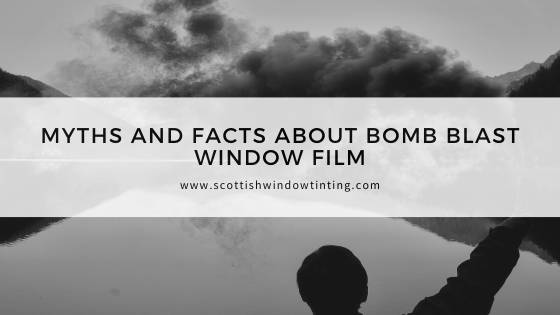 Nobody wants to think about the possibility of a bomb going off in or near their business, but the truth is that this happens all too frequently. In Fort Collins, is bomb blast window film an important investment for your business? In this article, we’ll separate fact from fiction.

Myth: Injuries from a bomb are unlikely to involve glass.

For many people, glass isn’t the first thing they think about being dangerous during a bomb. However, a high number of injuries result from flying glass fragments during bomb blasts.

Glass fragmentation films are recommended by FEMA for reducing injuries due to glass fragments after glass has been shattered in a bomb blast.

Bomb blast window film is likely not nearly as expensive as you think in Fort Collins. Plus, the film has more benefits than just protecting against bomb blasts. The safety of your customers and employees is well worth the cost.

Bomb blast window film can effectively prevent injuries from shards of glass during an explosion. Furthermore, it can also be tinted for UV protection and resist the possibility of break-ins for your business.