Window film is a powerful security tool for retail locations that is able to protect from numerous threats stores face. 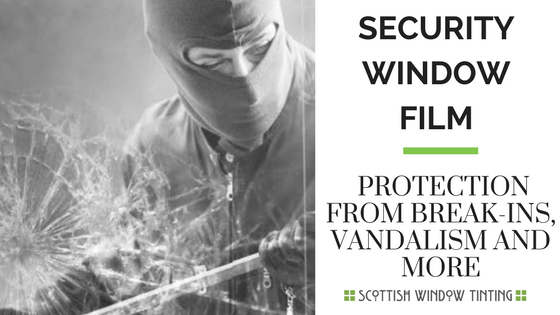 Window Film For The Strongest Retail Protection Money Can Buy

We live in a fast-changing world, that is for sure and in this day and age, with the population exploding, stores here in Denver and around the country, face more and more threats than ever.  For a retail space there has always been the threat of break-ins and robberies but now graffiti and vandalism is on the rise as are gun or bomb attacks from home-grown terrorism. We live in uncertain times but luckily our technology is keeping up with these types of threats too.  One such technology is window film. Not good for just one but many different types of threats, window film is changing the way we protect ourselves, our homes and the places we do business like retail stores.

Window Film To Protect From Break-ins

Window film keeps glass in place, even after repeated strikes.  This means the days of smash and grab crimes are over for those protected with window film.  These crimes are crimes of opportunity and window film takes that opportunity away long enough to deter criminals from trying to get through your store’s glass quickly to steal something.

Window Film To Protect From Graffiti

Graffiti on retail storefront windows are all too common.  Not only will it ruin your windows, but if left for too long will mean a bad reputation for your location.  Graffiti Shield for store windows will save you money and make getting rid of graffiti a breeze by acting as a sacrificial layer on your store’s windows.  Should graffiti occur, you won’t need to replace the entire window or pay for expensive, lengthy removal. The film is simply removed and replaced, in a few hours and for much less than traditional graffiti removal.

Window Film To Protect From Bombs And Bullets

The threat of bullet or bomb violence is very real in this day and age.  As a retail store owner, protecting your storefront from bullets should be a very real consideration.  When you have high-performance security film applied to your store’s windows, in combination with specialty frames and adhesives, you are protected from many caliber bullets and even certain magnitudes of bombs.

Read the PDF below for more information on this:

For more information on how you can keep your Denver store safe from break-in, vandalism, bullets and more, contact us at Scottish Window Tinting today.