If you are looking for window film for heat reduction it is a good idea to do your homework since these films vary greatly depending on the application. 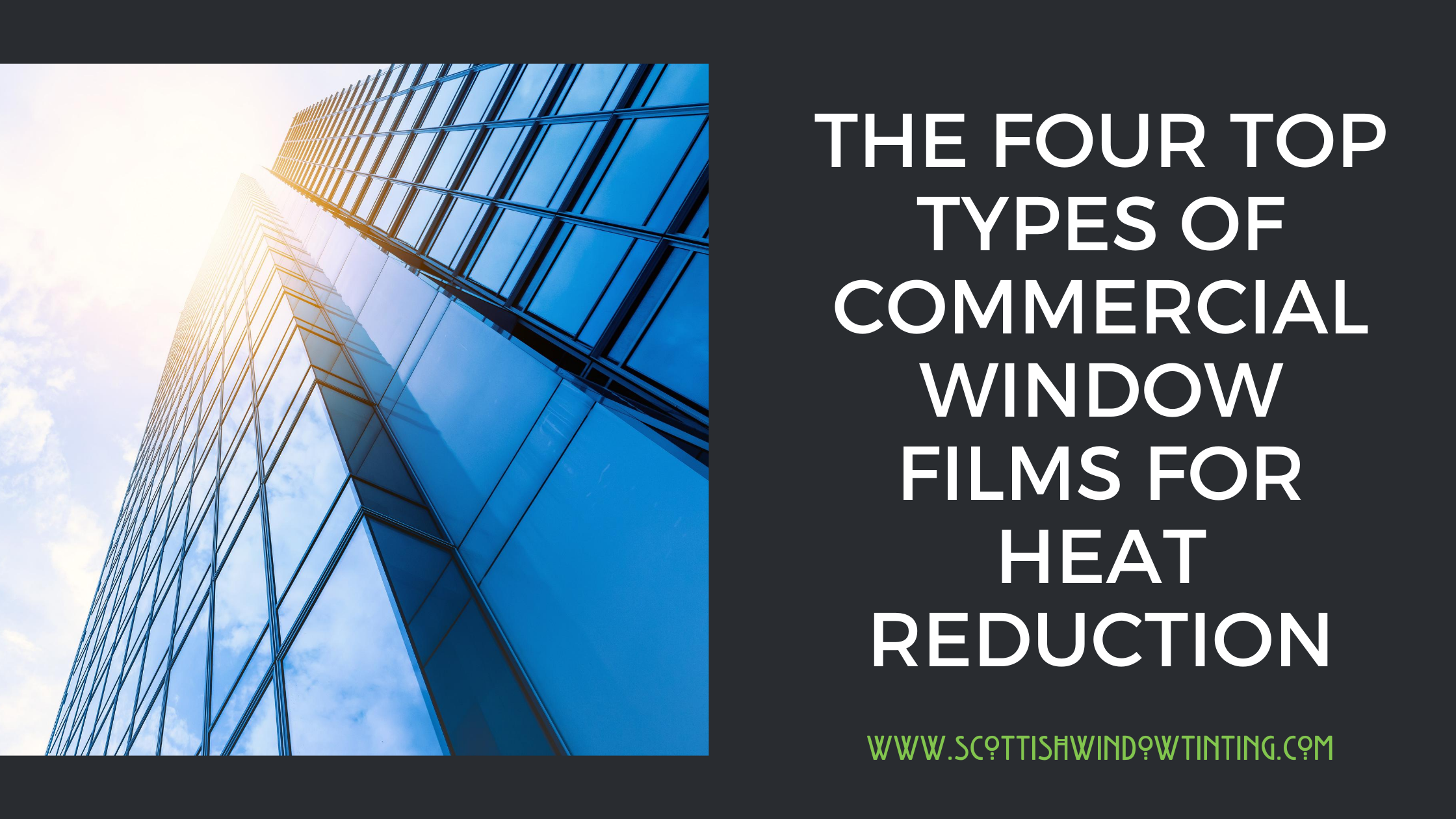 Window films for heat reduction vary widely depending on the type of film–especially in regards to commercial films. In order to get the most benefits from these commercial films in your Denver business space it is critical you chose the right one. Below are the four main types of commercial films to help you get an understanding of which films do what.

Ceramic window tinting is very effective at blocking glare– up to 63%, 62% of glare. It also blocks 99% of UVA and UVB rays. But likely the best part about ceramic window tinting for commercial applications is the clarity you get through your windows–even after the addition of this type of tint. This is because these films are virtually invisible–meaning those lovely Denver views won’t be obscured.

If you are looking for a powerful way to reduce heat with window tinting but still gives you a natural appearance on windows–neutral window film is for you. It has low reflectivity and blocks up to 51% of heat, 56% of glare, and 99% of UVA and UVB rays coming through the windows of your Denver commercial space.

Reflective window film blocks up to 79% of heat, 83% of glare. Beyond this it also blocks 99% of UVA and UVB rays. But, what really sets these types of commercial window tints apart are that they substantially increase privacy as well.

Dual reflective window tints allow Denver commercial spaces all the privacy benefits of a reflective heat-rejection film while still allowing in more views than solely reflective films. This means, with these amazing hybrid films you get 71% of heat blocked, glare reduced by over 80% and 99% of UVA and UVB rays–with no sacrifice of views and added privacy.

The heat reduction window tinting you choose for your Denver commercial space depends on your building’s situation. A good idea is to have a professional guide you through these four choices, and more. This step will be critical to saving your commercial space thousands, so contact us today at Scottish Window Tinting for a consultation and pricing.