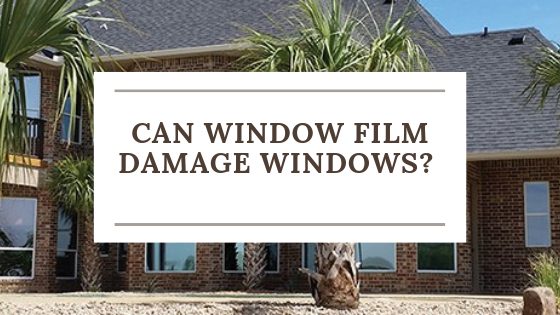 Finding the Right Window Film for Your San Antonio Windows

Will Window Film Cause My Double-Pane Windows to Break?

In the past, window film could cause glass to overheat and break. Window film works in two ways: by rejecting solar heat gain and trapping heat into the film and glass. This problem was quickly solved by modern advancements in window film technology. Current issues of double-pane glass breaking with window film installation is a result of improper installation along with an incompatible film. Double-pane windows have a space that’s found in between the two sealed glass pieces. If the wrong film is applied, it will seal in the gas that’s commonly found in this spacing, causing the glass to potentially shatter. You’ll have peace of mind working with our professional window contractors that will provide the proper film for your double-pane windows.

Will Window Film Cause My Windows to Become Foggy?

Double-pane windows inevitably become foggy over time. This is due to their seal failing and moisture becoming trapped between the two glass panes. The moisture condensation causes this foggy appearance. Window film has no impact on this and there is no evidence that shows a correlation between the two. Unfortunately, when consumers contact their window manufacturers regarding foggy appearance, the warranty department will find any reason to void their liability. If a customer states that their double-pane windows have film installed, manufacturers can use this as a reason to attribute the foggy appearance in order to avoid replacing them. There is absolutely no evidence showing that window film can cause windows to become foggy. Modern window film technology is quite durable and won’t change in appearance under long-term UV exposure.

Scottish Window Tinting is honored to be the leading window film contractors serving the San Antonio area. We have decades of experience and are happy to provide trustworthy recommendations for your home or business. Enjoy the exclusive benefits of window film without the fear of improper installation. For more information regarding window film safety for your property’s windows, please contact us!