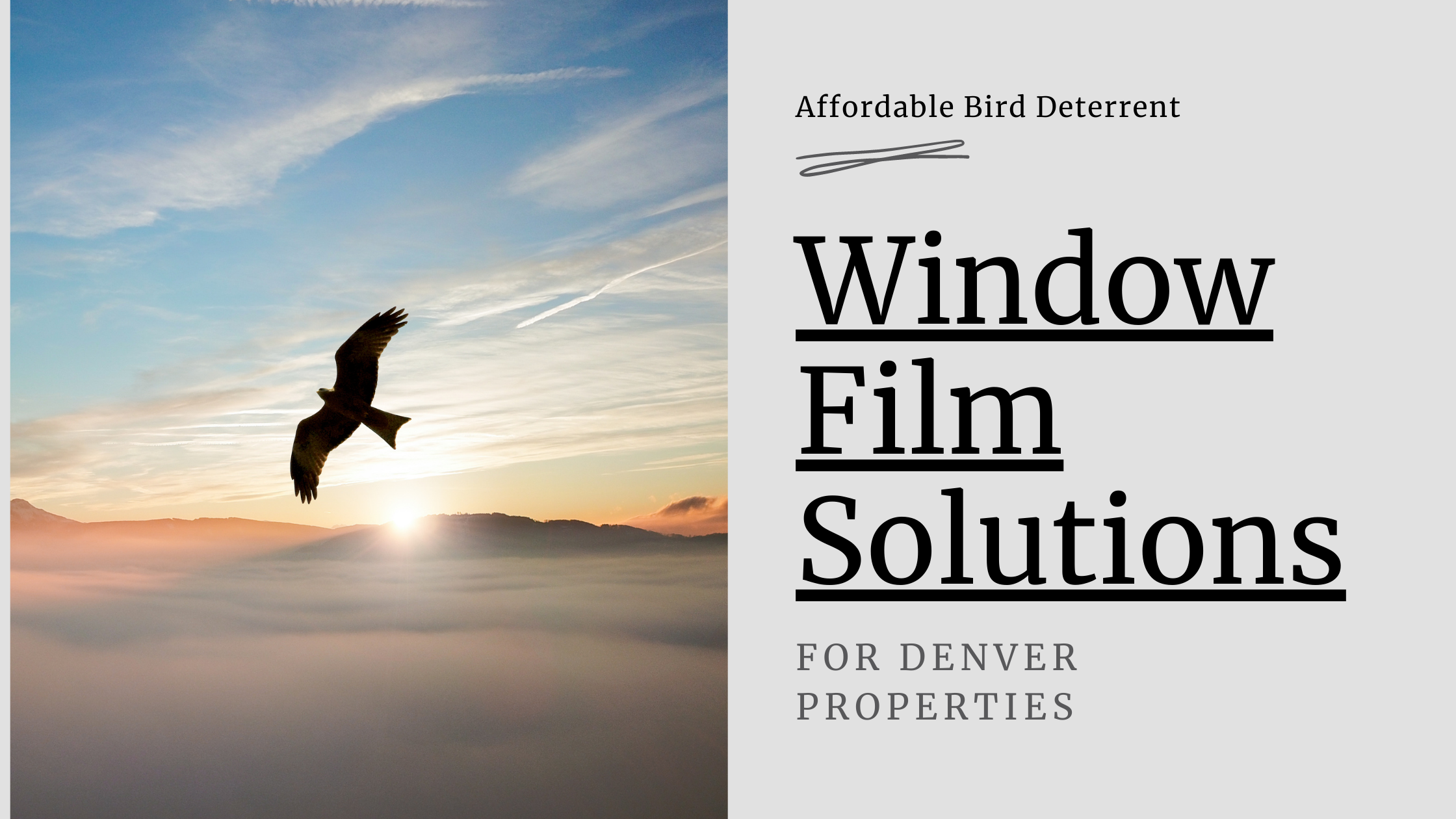 Bird collisions are among the most pressing and serious animal rights issues happening in the world today. These terrible accidents happen when birds fly unknowingly into windows they cannot see and die.

Birds are an important species and play a key role in maintaining the eco system. But because of human activity, they’re dying at alarming rates. The American Bird Conservancy estimates that up to one billion birds die each year from some sort of glass collision. If this continues to happen, the entire eco system across the country could be irreversibly altered.

So what can be done to prevent glass collisions? It’s called bird deterrent window film.

In this article, we’ll explain how it works and discuss some of the most affordable bird deterrent window film solutions for Denver properties.

What Is Bird Deterrent Window Film?

Bird deterrent window film, or bird safety film, is a special type of technology designed to prevent bird glass collisions. There are a few different types of film, but most of them work in a similar manner.

Usually, a unique pattern or reflective design is printed onto a thick sheet of adhesive polyester. Then, the sticky layer of film is adhered to the exterior of a home or building on areas made of glass. When birds see it, they spot the design or reflections and fly around the building instead of flying straight into the invisible glass.

You don’t have to spend a fortune on installing bird deterrent window film for your Denver property. There are many affordable options available today. Here are some of our favorite bird safety films:

1. Feather Friendly from 3M Window Film
Feather Friendly isn’t actually a “window film” but rather more of a marker. However, it works in a similar manner. Simply add this 3M product to your exterior to prevent birds from hitting your windows.

3. Solyx Horizontal Bird Safety Film
If you don’t care for Solyx’s vertical striped bird film, you can go with a horizontal stripe option instead. Both are great bird deterrents, so it really just depends on your taste.